Mankind today may be said to be in a state of complacence, in a kind of slumber, which is mistaken for a consciousness of progress and cultural advancement. Nothing can be worse for man than to mistake the false for the true, and vice versa. Ignorance is bliss, is an old adage with which we are familiar. We have to be cautious to see if we are in this condition. Are we in a fool's paradise imagining that we are well off, not knowing what will happen to us in the future?

The greatest threat to the enlightenment of the mind of mankind, I may point out, is what may be designated as the material glamour. The world is before us as a thick screen through which it may be difficult to penetrate into the truth that is behind it. Today, our world prides itself over its achievements which it calls science. And, on a careful scrutiny and an investigation into the true situation and affairs in which we are, we would discover that the very forte of science shall be its own refutation.

It requires a little thought to realise that the structure of science on which the material values of life are based is really fixed on a shaky foundation. It requires courage of an uncanny nature and a novel type of boldness to plumb the depths of this false system of values that is presented before us as the majesty of matter, the glory of earthly paradise. 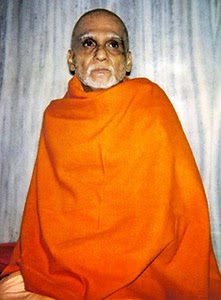