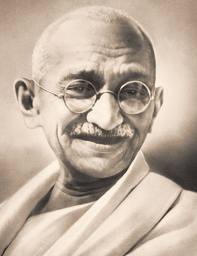 The chief query of the immature, greedy, selfish, and sensuous has always been, "What's in it for me? Will this please me? Will it ease me?" Lately many people seem to want these pleasures without conscience or sense of responsibility, even abandoning or utterly neglecting spouses and children in the name of doing their thing. But independence is not the most mature state of being - it's only a middle position on the way to interdependence, the most advanced and mature state. To learn to give and take, to live selflessly, to be sensitive, to be considerate, is our challenge. Otherwise there is no sense of social responsibility or accountability in our pleasurable activities.

The ultimate costs of pleasures without conscience are high as measured in terms of time and money, in terms of reputation and in terms of wounding the hearts and minds of other people who are adversely affected by those who just want to indulge and gratify themselves in the short term. It's dangerous to be pulled or lulled away from natural law without conscience. Conscience is essentially the repository of timeless truths and principles - the internal monitor of natural law.

A prominent, widely published psychologist worked to align people with their moral conscience in what was called "integrity therapy." He once told me that he was a manic-depressive. "I knew I was getting suicidal," he said. "Therefore, I committed myself to a mental institution. I tried to work out of it, neutralize it, until I reached the point where I could leave the hospital. I don't do clinical work now because it is too stressful. I mostly do research. And through my own struggle, I discovered that integrity therapy was the only way to go. I gave up my mistress, confessed to my wife, and had peace for the first time in my life. ""

Pleasure without conscience is one of the key temptations for today's executives. Sometimes on airplanes I'll scan the magazines directed at executives, noting the advertisements. Many of these ads, perhaps two-thirds of them, invite executives to indulge themselves without conscience because they "deserve it" or have "earned it" or "want it," and why not "give in" and "let it all hang out"? The seductive message is, "You've arrived. You are now a law unto yourself. You don't need a conscience to govern you anymore." And in some ads you see sixty-year-old men with attractive thirty-year old women, the "significant others" who accompany some executives to conventions. Whatever happened to spouses? What happened to the social mores that make cheating on spouses illegitimate behaviour?

Stephen R. Covey.
To be continued  ....
Note : "Dr. Stephen R. Covey - one of the world's leading management consultants and author of the best selling book The Seven Habits Of Highly Effective People - is co-chairman of Franklin Covey located in Salt Lake City, Utah in the U.S.A. Franklin Covey provides consultancy services to Fortune 500 companies as well as thousand of small and mid-size companies, educational institutions, government and other organisations world-wide. Their work in Principle Centered Leadership is considered to be an instrumental foundation to the effectiveness of quality, leadership, service, team building, organisational alignment and other strategic corporate initiatives. Excerpts from Chapter 7 - SevenDeadly Sins - Page 87 to 93 Mahatma Gandhi said that seven things will destroy us. Notice that all of them have to do with social and political conditions. Note also that the antidote of each of these "deadly sins" is an explicit external standard or something that is based on natural principles and laws, not on social values.
*MBA Projects for effective management on Gandhi's principles -