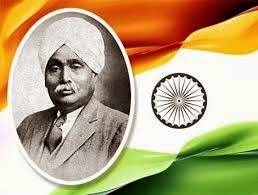 
Lala Lajpat RaiLala Lajpat Rai immensely contributed in attaining independence the nation. He helped in establishing few schools in the country. He also initiated the foundation of Punjab National Bank. In 1897, he founded the Hindu Orphan Relief Movement to keep the Christian missions from securing custody of these children. He died after the police lathi-charged on the activists, protesting the arrival of Simon Commission.


Lala Lajpat Rai was born on January 28, 1865 to Munshi Radha Krishna Azad and Gulab Devi at Dhudike village in Ferozpur District. His father was a great scholar of Persian and Urdu while his mother was a strict religious lady and inculcated in her children strong morals values. His family values allowed Lajpat Rai, the freedom of having different faiths and beliefs.

Lajpatrai received his elementary education in the school where his father was posted as teacher. Lajpat Rai joined the Government College at Lahore in 1880 to study Law. While in college he came in contact with patriots and future freedom fighters like Lala Hans Raj and Pandit Guru Dutt. He studied law from Government College in Lahore and thereafter started his legal practice in Hissar, Haryana. Since childhood he had a desire to serve his country and therefore took a pledge to free it from foreign rule. In 1884 his father was transferred to Rohtak and Lala Lajpat Rai came along.

In 1886 the family shifted to Hissar, where he practiced law. There, Lajpat Rai helped to establish the nationalistic Dayanand Anglo-Vedic School and became a follower of Dayanand Saraswati. In 1888 and 1889 he was a delegate to the annual sessions of the National Congress. He moved to Lahore to practice before the High Court in 1892.

In 1895 Rai helped found the Punjab National Bank, demonstrating his concern for self-help and enterprise. In 1897 he founded the Hindu Orphan Relief Movement to keep the Christian missions from securing custody of these children. In the National Congress in 1900 he stressed the importance of constructive, nation-building activity and programs for self-reliance.

Gradually, Lajpat Rai had curtailed his legal practice and was concentrating all his efforts to free the nation from British. In October 1917, he founded the Indian Home Rule League of America in New York.Lala Lajpat Rai

In 1920, after his return from America, Lajpat Rai was invited to preside over the special session of the Congress in Calcutta, (now Kolkata). He plunged into the non-cooperation movement, which was being launched in response to the Rowlatt Act, in principle. The movement was led by Lajpat Rai's in Punjab and he soon came to be known as "Punjab Kesri" (The Lion of Punjab).


Besides, a great freedom fighter and leader, Lala Lajpat Rai was also a noted writer. The United States of America: A Hindu's impressions and a study, History of the Arya Samaj, Swaraj and social change, England's Debt to India: India, The Problems Of National Education In India were among the books, he had written.


On October 30, 1928 to boycott the arrival of the members of the Simon Commission in Lahore, a peaceful procession, headed by Lajpat Rai was launched. Intercepting the march, Superintendent of Police, Scott ordered his police force to 'lathi-charge' at the activists. The police targeted Lajpat Rai, in particular, and hit him on the chest. The confrontation left Lala Lajpat Rai with severe injuries and also led to his death. To take avenge to the death of Lala Lajpat Rai, Bhagat Singh and his associates plotted the assassination of Scott. But, the revolutionaries, mistaking J.P. Saunders, an Assistant Superintendent of Police, as Scott, killed him instead. 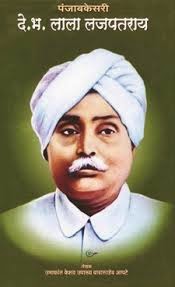