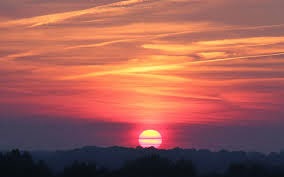 
There is something wonderful and mysterious in the sun and there is some great significance in connecting the principle of the sun with the self of man, as there is also equal significance in connecting of the moon with the mind of man. You may know that during the full moon and the new moon days the mind gets affected. Those who are weaklings and who are not mentally strong will feel this impact more than normal persons. Normal persons do not feel it, but those who are not normal in their minds will feel the effect strongly. The moon, the stars, the sun and all the stellar system exert a mutual influence amongst themselves. You may know that during the full moon the ocean rises up, wells up as if to greet the rising moon and, naturally, the pull must be felt everywhere on earth, but you cannot see it.


Such is the invisible impact of the higher forces of nature, whose father is the sun. When the sun's influence is felt more and more, the self is supposed to also exert influence in its activity, operation. So, this particular day, we call Makara Sankranti, is holy.


The Upanishads and the Bhagavadgita tell us that those who die during these six months of the northern course of the sun, rise from the earthly entanglements to the higher regions presided over by noble deities, finally piercing through the orb of the sun. Crossing the barrier of the sun, the soul crosses still higher regions of resplendence and spiritual magnificence. The Upanishads and such scriptures describe that while the passage of the moon during the six months of the southern course of the sun is the passage of return to the earth, the passage through the sun is the passage to salvation, liberation of the spirit. 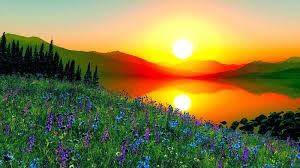