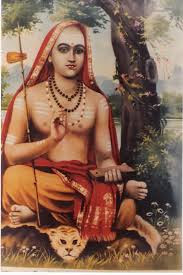 
He was a reformer in the sense that he put a check to the further growth of this externalising tendency of ritualised devotion to an imagined set of multiple of gods.

But for him, it would have landed people in a catastrophe.

We do not know what would have happened.

This tendency was checked by the psychological philosophy of Buddha, and the divinities were completely ignored.

Now, the divinity, if at all there is one, is the thinking principle in the human being himself.

The world is made by the mind; it is purely psychological.

It is a projection of ideas.

You say, the gods are protecting you; I say, they do not exist at all and it is your mind that works.

So, from the spiritual realisation and mystical experience of the sages of the Veda Samhitas, we came down to a worship and inner adoration of the multiplicity of gods.

Then we came still further down to the time when we began to make physical offerings to the sacred fire for the satisfaction of the gods, without any feeling or compunction in offering living beings – even human beings – in the sacrifices.

There was such a thing called Naramedha or the offering of a human being in sacrifice.

If the gods themselves do not exist, where comes the sacrifice?

It has no meaning.

So, the first historically known reformer in our land was Gautama, the Buddha.

It is a notion in our minds that is this world and even these gods.

This was a beautiful psychological analysis made by the Buddha, which was an ethical idealism which he propounded in contradistinction to the ritualistic ceremonialism of the Brahmanas which succeeded the Veda Samhitas. 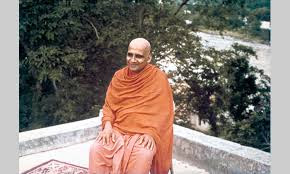